The Jewish people have their own customs, culture, language, religion, foods, holidays, and wardrobe style, and so when they were finally given the state of Israel once again, it wasn’t a huge culture shock, it was self-determination, a coming home. The Jews historically faced hardships in most of their host countries in the diaspora, yet none of it was their own fault and I’ll try to fully explain why. Jews faced exiles, being treated as second-class citizens, given fewer rights, some were forcibly converted, many were killed, and all of this long before the holocaust had even happened.

The host countries in the diaspora also had their own cultures, languages, customs, religious identification, and such, so immediately it was a bit of a culture clash. Jewish communities were mistrusted and mistreated, mainly because they would not give up their Jewish identities and entirely assimilate to their host countries. Jews were cultural pluralists, they spoke multiple languages and even birthed new languages such as Ladino and Yiddish (For Americans, think Spanglish). Due to their mistreatment, Jewish communities were often insular, taking care of one another, and were even distrusting of the countries they were in, after all when you are treated as lesser, you don’t exactly trust your oppressors.

When problems would arise between Jews and natives of the host countries, Jews were often blamed immediately and without a chance to defend themselves. This was similar to the cases we saw in America’s troubled past, whereas those who immigrated were treated as lesser and abused/mistreated by those already established in the country. Throughout history, the Jewish people kept their ways, never willing to sacrifice who and what they were for acceptance, after all, they have a 3,500+ year history. This bred a lot of resentment and conspiracies levied at the Jewish people, by those who didn’t understand them.

Jewish people were often scapegoats for all of their host countries ails, they have always been a small minority population and were made easy targets for blame. This all culminated into one of the world’s worst atrocities, the holocaust, in which after, the Jewish people were granted the country of Israel to end their discrimination.

Antisemitism, the hatred of Jews, is the world’s oldest racial hatred, and it persists today, often flying under most people’s radar because it is so old and so ingrained into global societies. The Jewish people never fully left Israel and before gaining rights to the country were known as Palestinian Jews (alongside Palestinian Arabs) and were already the majority of people in the nation.

This was a necessity to ensure that the Jewish people could be free to live as they’d always lived, without discrimination, and was a full return to the historic homeland of their people. Below are some Pre-Israel (Palestinian) pictures of note… 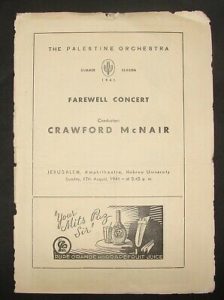 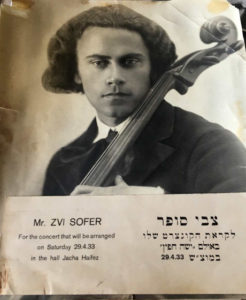 So, Israel stands as the only Jewish nation in the world and serves to protect the Jewish people from mistreatment and harm, welcoming Jews of all colors and nations of origin in the diaspora. Israel is a safe space for the Jewish people, to find freedom in their land to be authentically and unabashedly Jewish in every sense of the word, without persecution. Jews have the right to self-determination, they are a distinct people, with distinct customs, culture, etcetera… so Israel stands as a testament to them not having to give up what inherently makes them Jews. To quote Martha Stewart, “It’s a good thing!”