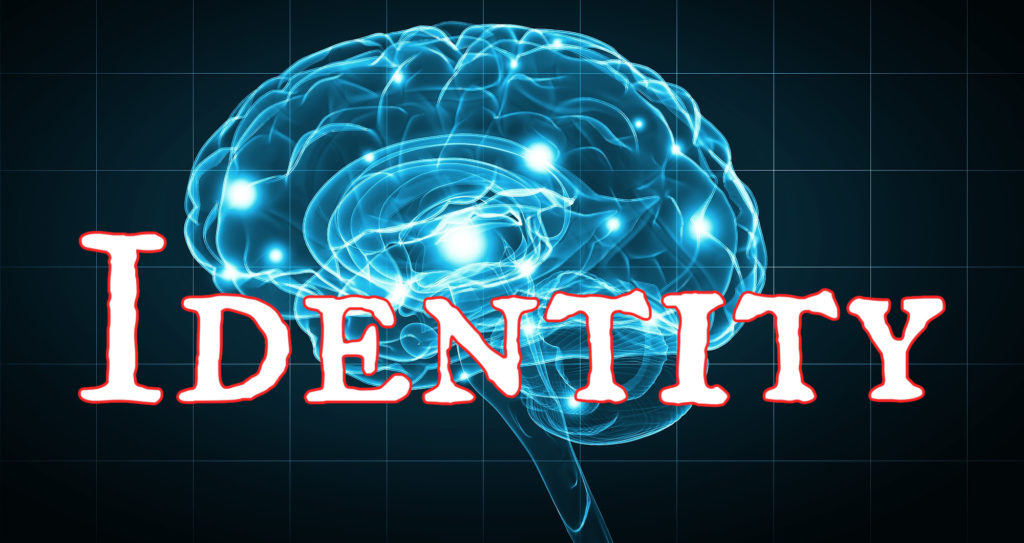 Identity – The word conjures up a million images, Webster’s dictionary defines Identity as;

“The distinguishing character or personality of an individual”

Yet, Identity is far more complex than that; there is a layer of subtlety that underlies identity and makes someone more or less different in their identity than others who identify as the same thing. Aside from that, identity is also incredibly important to the development of the individual, which is why finding a group or sub-group where one “fits in,” is very important. Yet again, that aside, human beings hold a natural proclivity to like others who are like them, and this comes from their developed identity.

Identity is in no way a one and done however, multiple elements and identities can inhabit one individual, such as being a Jewish metalhead, or an African trans-woman. There are however identity taboos, such as identifying as another race who may be marginalized in society or identifying as someone with a condition that others genuinely suffer from. The human being may feel empathy for those taboo identities and may even hold a strong affinity to them, but no rational person would take on or claim the identity, as there would be definite (and rightfully so) backlash.

In an individual’s formative years, identity plays a huge role in growing into the type of adult we are, who we choose to associate with most and connect with, our choice of partners, etcetera. Luckily, one’s identity can and oftentimes, does change as our perceptions of the world around us changes. Identity is so important, that to harshly offend or implant falsified outside traits into someone’s identity, is to utterly demean, demonize, and dehumanize them, this was done to the Jews throughout history and it culminated in the holocaust for example.

Identity is important… but finding and or choosing the right identity is even more important!

White nationalism has clutched onto this notion that “White,” is an identity, but in reality, it’s a social construct. In “White,” are we talking about Italian, Germanic, Irish, English, Scottish, Norwegian, etc… what constitutes “White?” Just as “black,” is a false identity, are you Jamaican, Kenyan, Ghanian, Nairobian, etc… what constitutes “Black?” Those are social constructs more than identities, as many of those white and black countries do not get along all that well.

Even within actual identities, there are sub-groups, for example, certain area designates within a country do not wholly get along with other areas, and or hold strong negative opinions of them. In the United States of America, the average person lumps race and identity together, and this is often where we get so much confusion and animosity from. More often than not, they tend to generalize one another into entire groups which must be XYZ, and other groups must be ABC, but what about those who do not fit into either group, multi-ethnic people, people who don’t fit the stereotype of either group?

I’ve lived in several categorized white, black, and Latino areas, for instance, I lived in a majority Irish area, and the people and overall “feel,” of the area were different from living in a mostly Polish and German area. Living in an inner-city black neighborhood is vastly different from living in a suburban one and living in a Mexican neighborhood is strikingly different from a Puerto Rican one. I have known “white,” people who love hip hop (myself included) and I have known “black,” metalheads, are they not white or black enough to fit into those identities… if you answered yes, or no, it’s because they are not identities they are social constructs.

…in the end, we’re all just human beings… people.

The importance of identity cannot be overstated either, all human beings an inherently tribal by nature, it’s written into our DNA, and finding one’s tribe, and making it into something positive is paramount to a well-functioning individual. I had no identity as a youth, I was “white,” living in a mostly non-white place, going to mostly non-white schools, so when I found myself talking to white nationalists, I took on that false identity of white. I took on that black vs. white view and was well programmed and fed ideology until I lost myself to the fallacy of “whiteness.”

When I left that life behind, I once again had no identity and honestly, it wasn’t until I took a DNA test and discovered my Ashkenazi Jewish roots, that I began delving into having an identity again. [I strongly urge people to take a DNA test and to discover their missing identities]

While many might think identity is simple, it is a highly complex aspect of the human condition that’s deeply rewarding when it is explored. Now, caveat time, having an identity does not mean the exclusion of others, demeaning of others, and so forth, and in fact, it often opens a person up to be more inclusive, as one discovers themselves and feels comfortable in their own skin and with their tribe. When someone develops their identity fully, they tend to look at others with new eyes, they embrace differences and changes more easily, because they are at peace with who and what they are.

Those with defined identities often see the potential in others, have friends of many spectrums and judge people far less often and far less harshly, than those without defined identities. I’d like to give the reader an exercise to help them begin finding exactly who they are and to build an identity…

Firstly, you are not your occupation, your nation, your sexual orientation or gender, nor are you what influences from the media, politics, or parental figures have imparted onto you… what you are left with, is you. Are you kind, optimistic, caring, a people person, etc… these are the things you should write into the list of who you are. Next, find your origin, and your roots, and do a deep dive into them, don’t be shy, they are yours; find out where the thousands of acts of love that made you, came from.

Now, add back some of those things mentioned earlier, your gender, sexuality, favorite music genre and sub-genre (this influences a lot), etc… remember, we didn’t get rid of those, we only set them aside to find out who you are as a human being. Keep working at it, building a list of you, about you, by you, and you’ll have your identity figured out in no time.