America (because I can’t speak for elsewhere) is more polarized today than it has ever been; white/black, right/left, pineapple on pizza/wrong and it’s solely at the behest of the media and the government. Don’t get me wrong, I’m not one of those anti-government conspiracy theorists, I’m just a person who is tired of seeing good people of all colors, political affiliation, nationalities, religions, genders, sexualities, etc… at one another throats. This polarization isn’t new, it just been exasperated tenfold over the past ten or so years, solely building to the fever pitch it is today. Polarization when fed into, inevitably turns to extremism, in which everyone hates one another enough to wish for them to cease to exist.

Polarization is the poison of a nation, slowly killing itself and devouring its citizenry, unity is the only cure!

Unity is literally the only thing the government fears, but why does it fear people uniting? Because while we’re fighting against one another, we cannot focus on telling the government our grievances and shared problems we all face as the citizenry. If all we care about is our chosen demographic, if we demonize and dehumanize other demographics to raise up our own, we create war with our fellow Americans and cannot focus on the real issues which plague us all as one people. While we bicker about who has it worse, while we fight over politics, while we fight among ourselves; there are homeless people, drug addicts, people starving, illnesses, failing and underequipped schools, people working more than forty hours a week struggling to get by, healthcare costs skyrocketing, higher education costs skyrocketing, housing becoming an issue, and so much more. Do we tell the government they need to fix these things NOW, for all of us… no, we don’t because we’re too busy bickering like children among each other.

We war with each other, hurt one another, and for what? Tell me what has it gotten us so far? 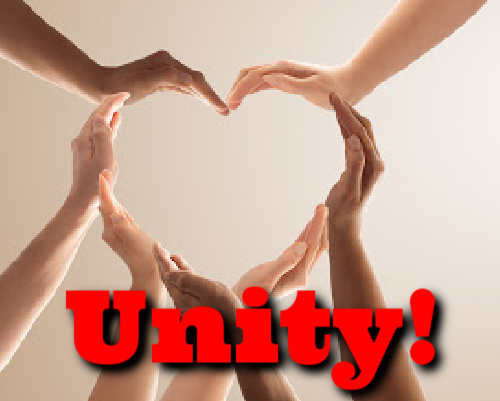 Where did we go so far from one another, why did we let each other become filled with so much animosity towards other human beings who are so alike? Every difference you find in each other, I can easily find ten similarities, there’s no logical reason for all of this division, anger, and people not listening to one another. On all sides, I hear, “We need to save our nation,” but they all keep ignoring that our nation isn’t your one single demographic, it is all of us and to truly save it, we need unity, or else the words are hollow!

So how did it get this bad?

The media became more worried about pandering to partisan issues and fear to drum up ratings and in effect, became a mouthpiece of the government, indoctrinating our citizens nightly. The government doesn’t want to take on the responsibilities of being under the thumb of the people, addressing our needs and issues, no matter which side you vote for. No single elected official houses all of the traits and goals of every person, or even their constituents. This doesn’t even take into account that most politicians will say anything to get elected and do exactly the opposite when in office. The government doesn’t want to work for the people, that would take bipartisan work, that would take work… period, instead most serve their largest donors whims.

In the end, all we have to take care of each other, to listen to one another, to share in each other pain, struggle, and joys, is you and me, to unite for the sake of our future and the future of generations to come, for all of us. People need to stop being left or right, we need to stop the division and anger, and start being good human beings to one another.