Jews are all rich – While it’s true that many of the richest people in the world are Jewish, there are Jewish people of all socioeconomic classes, from poor to middle class to wealthy. So why are there so many middle-class and wealthy Jews? The Jewish people take education very seriously, beginning at an early age Jewish youth are exposed to multiple languages, cultures, and it’s estimated that close to 70% of Jews are college-educated (16% for non-Jew). Education is paramount to Jewish life and because of this, they tend to have well-paying employment. Remember this though, at a time when the demonization of Jewish wealth was at a high point in WWII, the Warsaw ghettos were still a thing.

Even those who attend college, but later drop out tend to make more money than those who do not seek higher education. You can find the actual census bureau statistics here showing as much.

Jews control all media – This is a preposterous assertion honestly, especially when you realize how much anti-Israel propaganda is shown on the news in America. Just recently NBC was forced to pull an episode of “Nurses,” after it featured antisemitic scenes demonizing orthodox Jews and promoting antisemitism. If Jews controlled the media, none of this would have been possible, or they are doing a really shoddy job at it!

Jews don’t care about others – Jews care about the world and all life therein, this is evident especially in the social justice work they do, Tzedakah boxes (Which Jews contribute money to charitable causes), Jewish philanthropy, and the core concept of Tikkun Olam (repairing the world). These things are elements of Judaism and Jewish life that stand as the foundation of such, and no Jew is exempt from them. Jews care about the world, they care about all humans and they care about each other, these are the things that make Judaism so beautiful to me.

Jews stick together – This is one that is a half-truth actually, Jews tend to look out for one another in the Jewish community, mainly because Jews have been so persecuted throughout history and into the current age. Antisemitism, the world’s oldest hate, is alive and well around the globe; Jews are being attacked, synagogues are being defaced and having windows broken, and so yes, Jews do tend to stick together to protect and take care of one another. That being said, Jews also tend to everyone else; those gentiles around their community who are in need, people suffering, those discriminated against, and the like. Jews have been expelled from nations, murdered, and harmed so often, that they had and still have no other choice than to stick together to care for one another.

Every people have the right to self-preservation and self-determination, and to this end, Jewish communities do in fact lookout for those of shared peoplehood (and converts alike). This does not, however, exclude others having nothing to do with Judaism or the Jewish people, from being helped by the Jews.

There are so many horrid stereotypes about the Jewish people, that I don’t have enough space to debunk them all, only the most common ones above. There are even stereotypes about how a Jew is supposed to look even though Jews come from all races and nationalities. Stereotypes are bad even when they are supposedly “good,” such as Asian people are good at math. They demean, demonize, dehumanize, and cookie-cutter people into what one believes makes the said person, whatever it is that they are. Stereotypes denigrate what it means to be a human being and an individual, they remove the concept of individuality entirely and puts people into a negative box.

Stereotypes create biases that negatively impact people and cause hatred and ignorance to flourish.  Stereotypes turn human beings into caricatures of their people, cartoons that are devoid of individual expression, thoughts, or feelings outside of the prescribed stereotype. These things are harmful, lead to hatred and resentment, promote a negative view of an entire group of people and cause division. 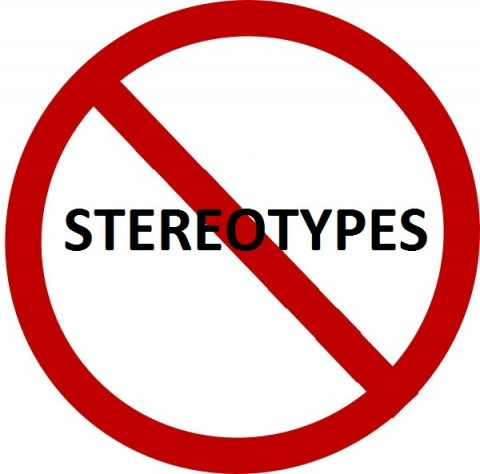