I was an indoctrinated individual, who had an extremist ideology reinforced through insular media and interaction. Everything was viewed through a lens given to me through my indoctrination, everything I thought and felt, my worldview, my “personal,” opinions… all insularly influenced through ideological indoctrination. I lived in an echo chamber which espoused that ideology and consistently reinforced it for decades of my involvement. I am uniquely situated to speak on indoctrination and the reinforcement of it through insular echo chambers, especially so since I’d broken that indoctrination and operate counter-current to it today. I am an expert on American-born extremism, because I lived it for decades, working with a whos who within the white nationalist and National Socialist world, and have critically examined every tidbit of my life, my involvement, and the ideology of that insular worldview.

Here’s something that’s going to shock most of the readers here… You, yes you reading this, are probably indoctrinated by something, live in an echo chamber, and are insular. How can I say this, because 90% of the people I’ve met, come to know, and psychologically referenced do? Are you a left-winger? A right-winger? A progressive? A conservative? what’s your stance on the Israeli-Palestinian conflict… and if you have one, did you extensively research the history of the people and the conflict itself? How do you feel about colonization in America? Pro-life or pro-choice? I’m pretty sure some of you are angry right now, others are making assumptions about me, and more still are trying to convince themselves of their open-mindedness.

Now, what if I told you that you not only willfully insulated yourself but would actively resist breaking that insular echo chamber? Perhaps angrily and even violently…no I am not kidding!

That being said, if you are open-minded, have a truly individualized worldview, which is more based on facts and humanity’s needs and less on association and affiliation, congratulations, you’re in the minority in the world. A majority of people are, in fact, indoctrinated and would willfully resist any outside information that contradicted their indoctrination, this is called cognitive dissonance. Most will resist information that contradicts their beliefs, regardless of facts or proof, sometimes growing angry enough to lash out violently. This is no different from those indoctrinated into extremism, the biggest difference being that within the extremist mindset, the ideology itself fuels the potential to act out.

Now on with the show…

If you’re on the right-winger or left-winger side of things, we know most of your ideology because it’s uniform and cookie-cutter…. this is because of indoctrination. On the right, you have Fox News, The Blaze, Shawn Hannity, Rush Limbaugh etc… on the left, you have CNN, NBC, ABC, etcetera. Various websites and newspapers are geared just towards your ideology/indoctrination and little is left in the way of individualism and free thought. There’s a good chance if a musician comes out that supports your indoctrination, you’ll begin listening to them, now if a musician comes out opposing your indoctrination, even if you once listened to them and enjoyed their music, there’s a good chance you will cease listening to them. Friends and even family with dissenting views are often minimized, interactions with them are lessened or even entirely stopped and when they do remain, their views are shirked and dismissed.

When someone takes the time and attempts to research the opposing view, they look through the media presented anathema to the view, oftentimes within their own ideological standpoint, rather than the opposition presenting the view. Social media fuels this insularity through customizing ads in which you’ll get ads tailored to your said stance, people often keep friends who all share the same views and this creates an echo chamber of agreement. Should one friend on your friendslist disagree and share a dissenting view, all of the said echo chambers will attempt to dismantle it, denigrate the individual, and otherwise push forward the mutually agreed-upon narrative of your indoctrination. 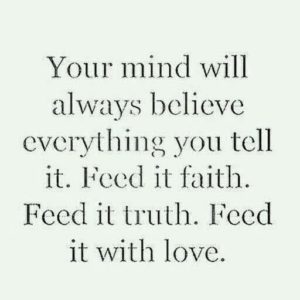 In all cases, once indoctrinated it becomes easy to shut out dissenting viewpoints, to dehumanize those sharing the opposing views, and turning them into some sort of villain your views are combating. How many times have you heard, “The leftists are communists and socialists,” or “The right are all Nazis,” this in effect, turns those of opposing views into the enemy, demonizing them and dehumanizing them? This allows the entirety of the opposition’s views to be instantaneously dismissed, without pause, without trying to understand them, because who wants to listen to a Nazi or Communist? What your mind is fed, is what will, in turn, be bred, so if you fill your mind with an ideology, shut out dissenting views, isolate yourself into an insular life, congratulations, you’re indoctrinated!

I was indoctrinated, I lived life in an insular bubble which reinforced that ideology of National Socialism and it wasn’t until I willfully made the choice to listen to other views and truly hear what was said, that I broke free. When I brought individuals each with differing views into my life, people with different lifestyles and cultures, identities, and nationalities, my worldview dramatically shifted. When I listened to other races tell me of their struggles and pains, their views, and their lives, I was transformed. This was not easy, I had to destroy my bubble I’d built for myself, I had to realize that I didn’t “have it all figured out.”

Indoctrination through ideological influence is only the beginning, it is frail, it can easily be changed, only when one insulates themselves and isolates themselves to only accepting that ideology and forming an echo chamber does it become adamant. This is done through media, culture, belief, surrounding oneself with those who are similarly indoctrinated, dehumanizing and demonizing those of opposing ideologies and beliefs. It is the insular reinforcement of ideology that breeds indoctrination and thus cognitive dissonance. Through cognitive dissonance, violence is bred and only made worse by an ideology that doesn’t necessarily dismiss the use of force as an option, or that encourages it. Look at the violent clashes that happen today at political rallies, in fact, violence is more common at political rallies today than it is at racist rallies and events.

So, while many might say, “How does someone so smart get roped into being indoctrinated and made an extremist,” there’s a good chance you or someone you know is today. Indoctrination happens en masse and is widespread throughout the world, affecting people from all walks of life and in all corners of the globe. All this takes is ideology being reinforced through an insular bubble and viola, you’re indoctrinated!