I am an Ashkenazi Jew ethnically, but I am converting to Judaism as well, and one thing I have asked myself time and time again is, “will I ever feel Jewish as a convert and if so how will I recognize it?” This has been something in the back of my mind from day one of my decision to convert, like a gnat gnawing on me subconsciously. This was exasperated through knowing my past was nothing to be proud of as I perpetuated antisemitism against the Jewish people back then. Now I wear a Kippah whenever I am outside (and sometimes indoors) and proudly wear a star of David around my neck, so I am a target of that which I once perpetuated.

…so how does this all fit together?

I have studied non-stop, I’ve got a Jewish home now with all of the common trappings and necessities for Jewish life, I have a decent Jewish library, I attend Shabbat service, Torah study and am now in a Minyan, I pray three times a day in Hebrew and English, my wife and I study Hebrew, we’re officially members of Congregation Rodeph Shalom in Philadelphia… but none of that made me feel inherently Jewish. No, I haven’t fully converted (I am still in the process), but I live a fully Jewish life, am openly a practicing Jew, and don’t hide that by ethnicity, I am Scots/Irish and Jewish, but it wasn’t until most recently that I truly felt Jewish.

I’d like to say it was the warmth of our fellow congregants, which they have been absolutely loving, kind, and caring individuals, or the two amazing Rabbis we have (who are indeed amazing individuals), The synagogue and its plethora of programs and experiences, (which again is amazing truly) or anything other than what I’m about to say it was that made me personally feel Jewish for the first time. I experienced Antisemitism and from a family member nonetheless!

When I told my family I’m converting a found Judaism, my mother was overjoyed, my father was so proud of me (he passed Feb, 13th), my uncle Bill was so excited for me and supportive, and my other uncle… he all but berated me and spouted a bunch of antisemitic rhetoric. I grew angry, I took personal offense, not at him berating me, but talking about Judaism, the Jewish people, and Rabbis so negatively. I wanted to scream, I wanted to tell him off, I wanted to cry… instead, I told him that’s his opinion and it’s a very antisemitic one, and haven’t talked to him since. This was honestly my first truly and totally feeling of being Jewish in my defending my people, my culture, my religion, and the Rabbis who go above and beyond for us all at RS. 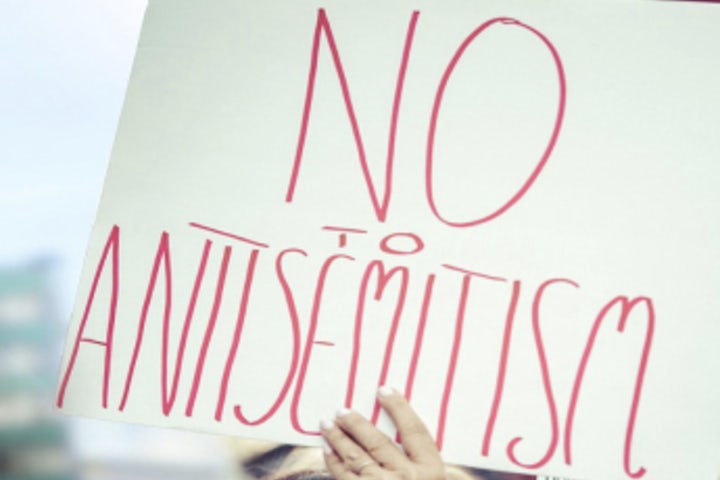 The second time I truly felt Jewish was in studying the rising tide of antisemitism and finding it still so pervasive throughout the world. From history revisionists and Holocaust deniers to QAnon and politicians, from globe waves of violence against the Jews to stereotypes and conspiracy theorists, the oldest form of hate is still alive and strong. This stirred a deep sadness in me, something I never felt before about myself and the ethnoreligious people I belong to. Then it all came to a head during the last wave of fighting between Israel and the Palestinian Arabs, when fervent antisemites seemed to crawl out from the woodwork and attacks on Jewish people were a nightly occurrence. I was and am angry, saddened, and greatly troubled by this all.

Sadly, these are the things that let me know that I feel truly Jewish, in my heart and in my soul for the first time. The simple act of saying Shalom Aleichem on social media has turned into defending Israel’s right to exist… this is deeply troubling to me. I thought when I began this journey that I’d finish converting and over time feel more Jewish, while I welcome this feeling of connection earlier than expected, I wholeheartedly wish it’d come under better circumstances.